Linking Edit Board to Media Composer

There are three different ways to ensure that Edit Board's proxies link to Media Composer's media. You can choose whichever fits your workflow best.

The first creates linked proxies in Edit Board directly from Media Composer's own MXF files. The other two use Edit Board to prepare your rushes for editing, transcoding them into DNxHD AAF files, before importing into Media Composer.

This is the most simple way to work with Media Composer. Install Edit Board on your editing Mac and configure it to import the Media Composer OP-Atom MXF files directly.

1 - If you have more that one project with its mxf files in the same folder, which is common, you can give the Media Composer project name and Edit Board will automatically filter the files. General->Import project name 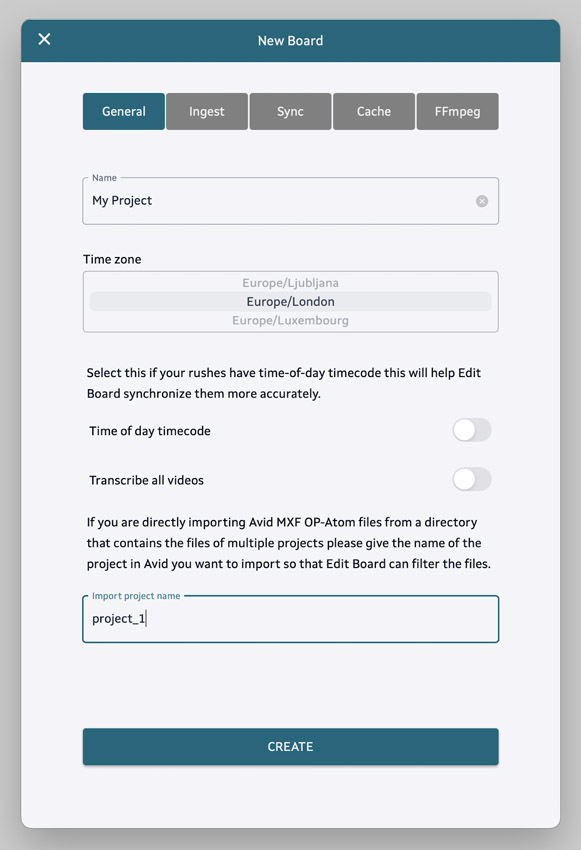 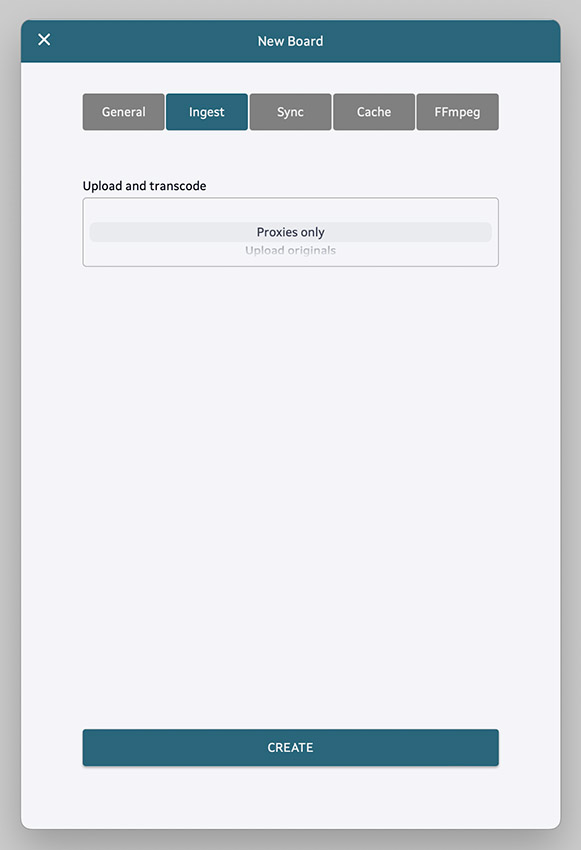 You can use Edit Board on Mac with FFmpeg to transcode your rushes into DNxHD on your Mac for importing into Media Composer.

1 - When creating the board in Ingest->Upload and transcode select Create DNxHD on Mac, select the media format that you want to use in the edit, and choose where you want Edit Board to render the DNxHD files. 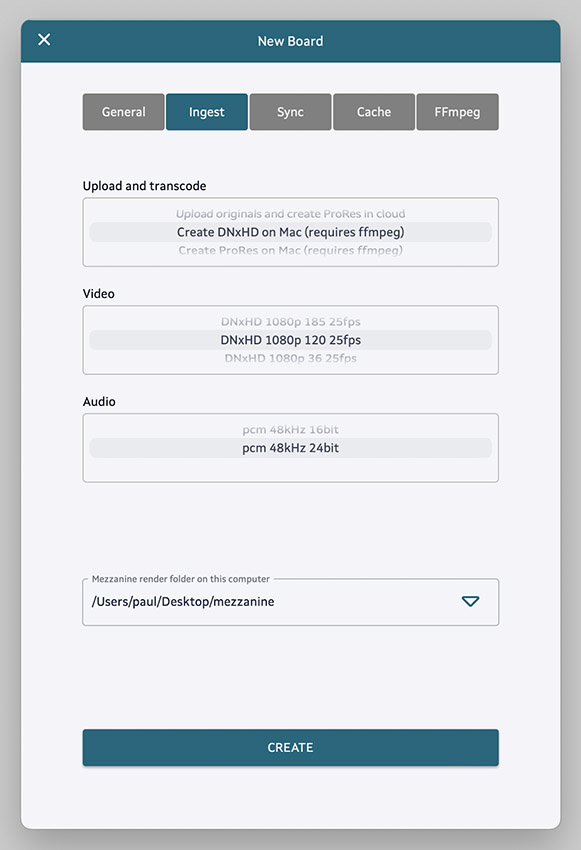 Edit Board will now create DNxHD files when videos are added on the configured Mac. It will not transcode videos that have been added on other devices such as iPads or iPhones.

Transcode to DNxHD in the cloud ¶

This is a useful solution if you have crews filming in remote or multiple locations, have a decent internet connection, and would like to easily return your rushes to the edit suite.

It also allows you to ingest media from devices such as iPhones and iPads as the transcodes happen in the cloud.

This is a more expensive solution than the others as there are additional charges for both the cloud transcoding and then downloading the DNxHD files.

1 - When creating the board in Ingest->Upload and transcode select Upload originals and create DNxHD in the cloud and then select the media format that you want to use in the edit. 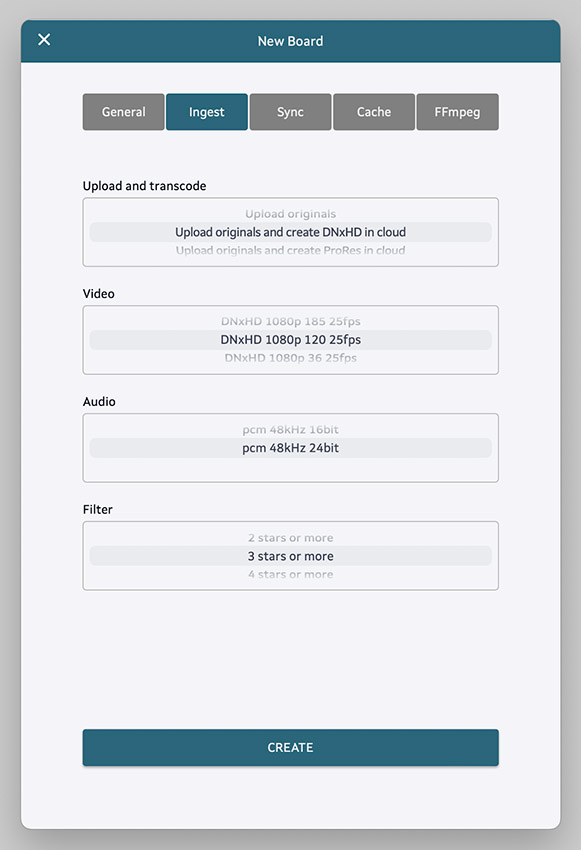 You can also filter which files are actually transcoded. The original rushes will all be uploaded but only those with at least the selected star rating will be transcoded into DNxHD. This can help save time/space/money.

2 - In the edit suite configure the project in Sync->Sync behaviour on this computer, to Download from cloud select mezzanine files and choose where you would like to save them. This can also be configured after the board has been created. 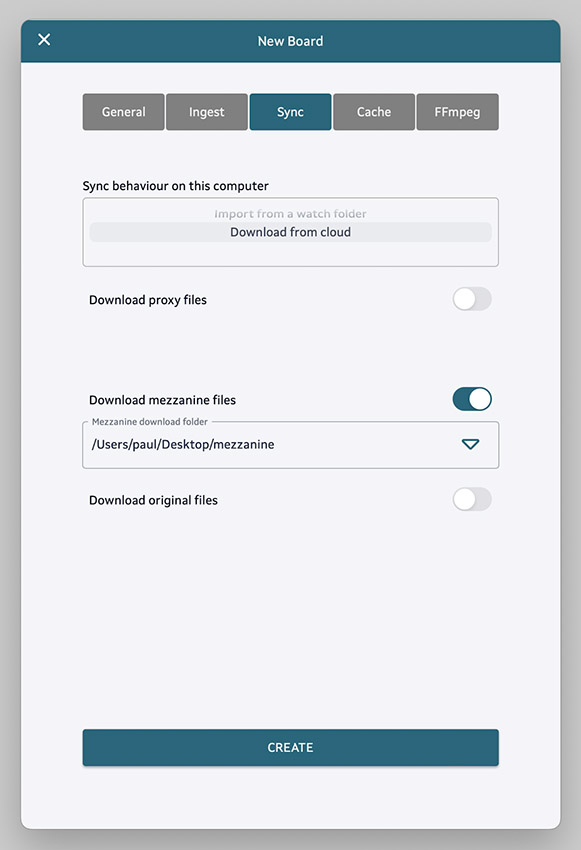 Your rushes can now be added from multiple locations and will all be transfered safely to the cloud, where they will be transcoded into DNxHD and then synchronised down into the edit suite.